At the heart of KanjiBox is its Adaptive Algorithm, designed to seamlessly optimise your learning curve. »

All your answers are stored, and new questions are designed specifically to focus on your weak points (SRS). 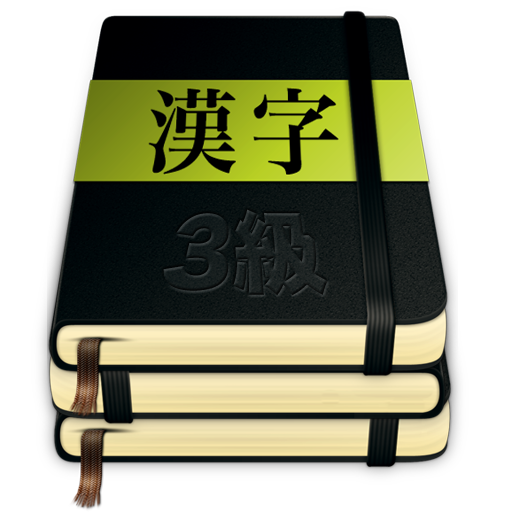 KanjiBox covers all areas of written Japanese at all levels: kana to kanji, absolute beginners to near-native speakers... Just pick your level and start drilling!

Kanji Mode covers pronunciation (onyomi, kunyomi) and meaning of kanji, both on their own and within compound words. »

KanjiBox's algorithm often lays traps and makes you choose your answer from closely-resembling kanji, forcing you to pay attention to every part of it.

Optional settings let you configure in detail the amount of furigana and other information that get displayed along with the questions.

Yes, it does Hiragana & Katakana too!
Even though kana is a tiny fraction of KanjiBox's features, it is covered along with its more advanced material. »

To learn kana even faster and better, combine with the KanaDraw module and you have the high-tech equivalent of a practice notebook (with automated corrections and evaluation).

Detailed graphical stats per level and per mode give you an instantaneous snapshot of your current study level and ongoing progress. »

KanjiBox automatically uses the data to build your drilling curriculum in a way that focuses on your weaker points.

Game-like Quiz mode for each area of studies lets you log scores and compete with your friend and all KanjiBox users worldwide for a top spot on the Global Leaderboard. »

KanjiDraw and KanaDraw modules let you practice proper Japanese writing with a finger on your touchscreen. »

There too, KanjiBox is a merciless teacher who will point out any stroke mistake and make you do over until you get it right. KanjiDraw and KanaDraw come as paid add-ons with a 30-day free demo.

You can compile Study Sets with your own lists of vocabulary or kanji, selected from KanjiBox's database. »

KanjiBox will automatically use its adaptive algorithm to drill you on your study set and display your progress.

Additional sets of Grammar exercices can be added to drill specific grammar points. »

Each grammar set can be purchased for a small fee ($1) and contains on average 100 exercises that have been compiled and reviewed by native Japanese teachers. 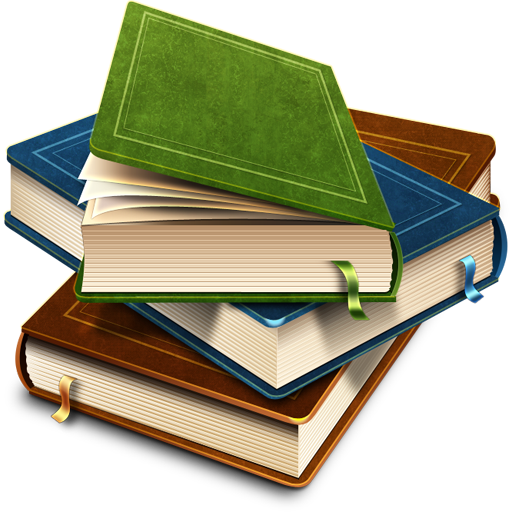 You can also download from the Study Sets Repository, where KanjiBox users have shared their study sets for all major Japanese textbooks and more. »

The built-in Online Sync feature means that you can share your progress data and study sets between all your devices and even the online version of KanjiBox. »

Synchronised progress data mean that KanjiBox always know exactly where you are in your studies: your stats keep progressing and your drilling stays on-topic, regardless of whether you last practiced on your iPhone, iPad or on the website.

Multiplayer mode lets you compete against friends or strangers across the world. »

Organise your own Kanji mini-gameshow with friends: first one to answer gets the points! 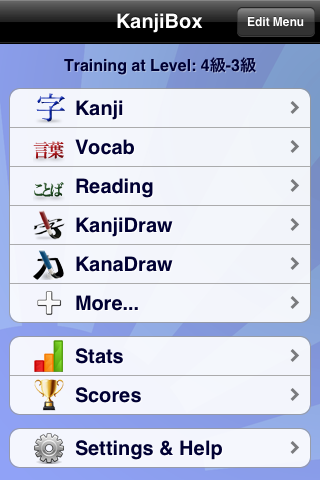 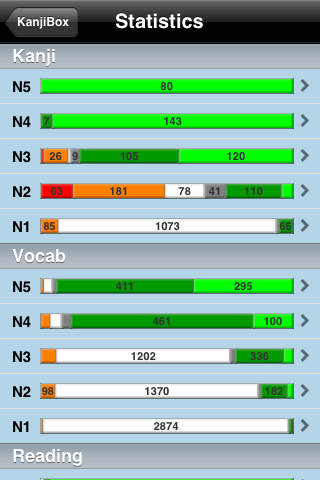 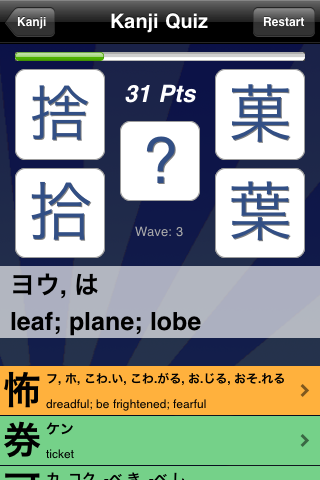 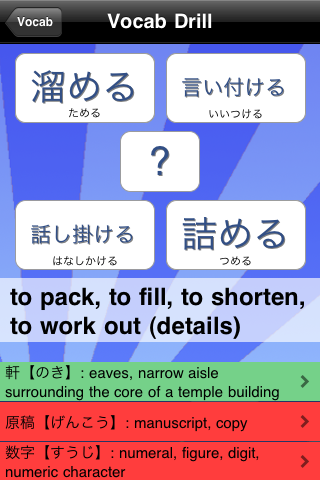 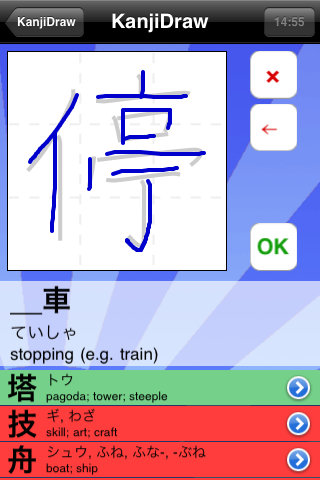 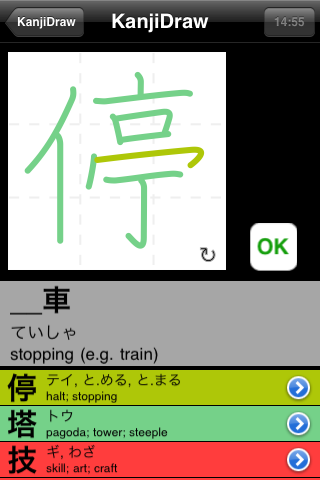 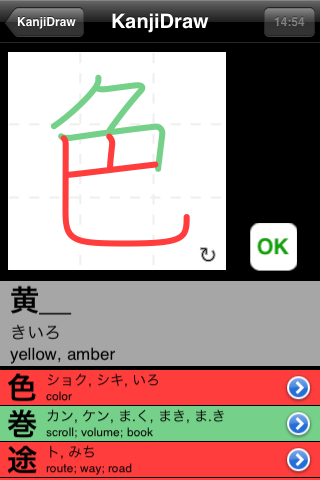 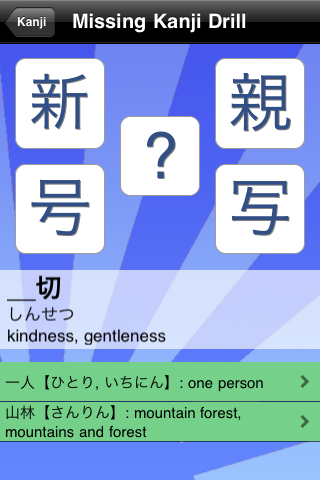 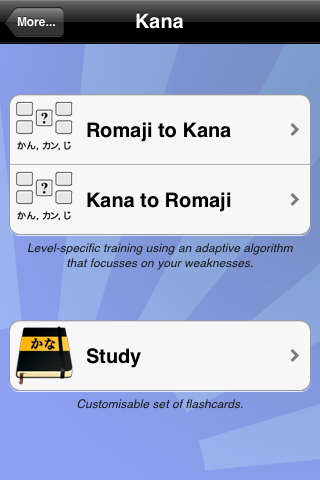 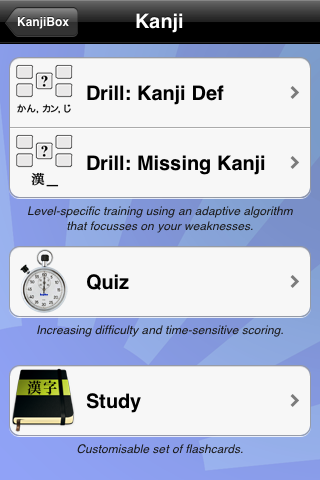 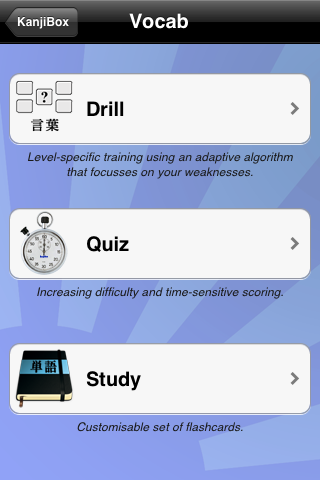 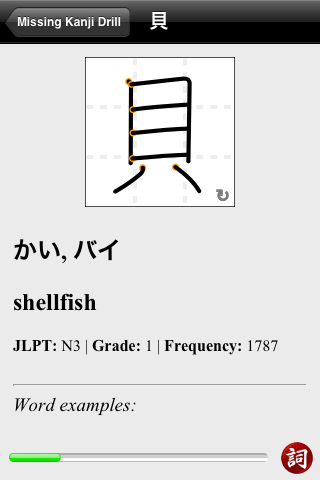 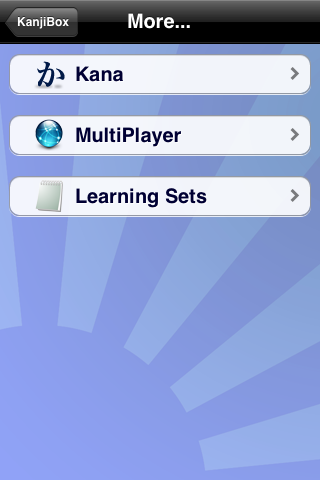 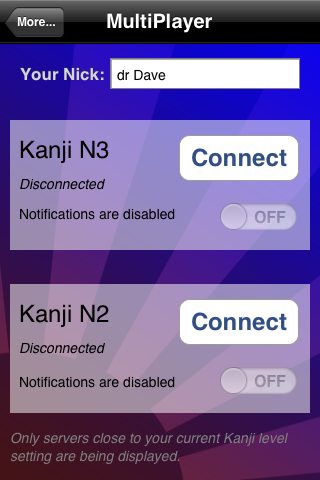 1.6 [March 2011]: KanjiBox and KanjiBox for iPad have been merged into a single app: now runs natively on all platforms, for the price of one app.

This application uses the EDICT and KANJIDIC dictionary files. These files are the property of the Electronic Dictionary Research and Development Group, and are used in conformance with the Group's licence.